Ertuğrul Bey and the Knights Templar in the 13th century Alba and step and step with the struggle against brutal Mongols depicts the process of establishing the Ottoman principality.

This is the great heroic story of Ertugrul Ghazi, the father of Osman who founded the Ottoman Empire. This series is created by Mehmet Bozdag (2014-19). The show is famous in Turkey & abroad particularly Pakistan and Azerbaijan but also has been banned in Arab countries and Fatawa has been issued against this show. The Prime Minister of the Islamic Republic of Pakistan Imran Khan praised the show and recommended people to watch it. Now officially, the series is broadcasting now on PTV in Urdu dubbing.

This series is about the Turkish warrior Ertugrul from the 13th century, one of the most famous warriors of his time and also the father of Osman (the founder of the Ottoman Empire). He is an ambitious man who wants to bring peace and justice to his people. He is in a war with the Crusaders on one side, the Byzantines on another side, and the brutally expanding Mongols who killed a lot of Turks on another side. In between this, he is in a psychological war between his love and his so-called destiny.

As the holy acrimonious crusades swept through the Middle East, nomad Turkish tribes fought their way into the new promised land. A young but brave warrior, Erutgrul Ghazi, the son of Suleiman Shah after the death of his father had to take charge of the situation in his tribe. From crusaders to Byzantine, Ertugrul together with his companions strived through the bad doers. A huge problem showed up on the horizon. The malicious Mongols with the maverick Noyan in charge threatened their camp.

An Islamic themed drama series inspired by true events and based upon historical characters in Islam. About the heroic efforts of Ertugrul Ghazi, the father of Uthman (founder of the Ottoman Empire). It’s about the struggles he faced alongside his nomadic tribe in finding a secure settlement to live, how he defended their lands and liberated other lands from oppressive rulers (Crusaders and Mongols) – full of scenes of tawakkul (reliance on Allah), honor, spiritually uplifting and emotional at times, treachery, greed for power, fairness and justice, intertwined with tales of love, humbleness, respect for Awliya, power of zikr, brotherhood, unity, and traditions.

Essentially, the show is about the Kayi tribe in the mid-1200s. The Kayis are a nomadic tribe of Turks who escaped from their ancestral homeland in Central Asia because of the Mongol invasions. They settled in territory controlled by the Seljuk Sultanate, but they ended up having to deal with both the Crusaders and Mongols even in their new home, as they struggled to survive and feed their people and animals. While this show is not about the Ottomans per se, the Kayi tribe is notable in history because one of their members ended up founding a small state that expanded over time and later became the Ottoman Empire. That person, of course, is Ertugrul. So a lot of the show is actually based on a true story, though obviously many details and storylines are embellished or made up. Reference: Yusuf.blog 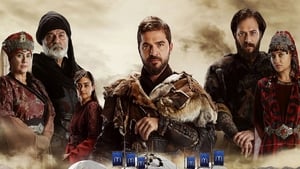