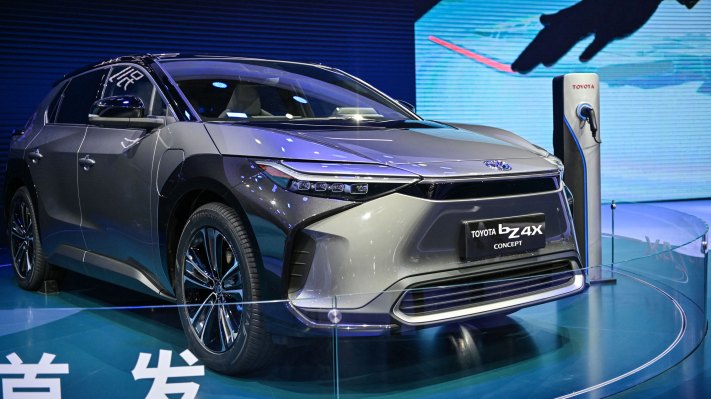 Toyota Motor is joining other major automakers in putting its money behind electrification, saying Monday it would invest $3.4 billion in battery development and production in the United States through the end of the decade.

The investment, which comes through the Japanese automaker’s North American arm, includes plans for a new $1.3 billion electric vehicle battery plant under a new company and with its metals unit Toyota Tsusho. The plant is anticipated to enter production in 2025 and expand through 2031, by which time it will employ around 1,750 people. The location has not been announced.

The new plans are part of Toyota’s larger aim to invest $13.5 billion globally to keep up with other automakers who have already pledged to earmark massive sums to boost battery development and electrify their respective portfolios. Major auto OEMs like General Motors have announced similar, though much larger, investments. GM plans to spend $35 billion through 2025 to bring 30 new EVs to the global market and build additional assembly capacity for electric models.

The factory will initially produce batteries for hybrid vehicles, Toyota said. The automaker did not disclose the expected production capacity of the new facility.

Toyota’s plans for a new battery manufacturing facility echo other recent announcements from companies like Ford, who along with its battery partner SK Innovation will spend $11.4 billion on two US manufacturing sites dedicated to EV batteries. Stellantis, the automaker formed after a merger between Fiat Chrysler and Groupe PSA, also said Monday it would produce battery cells and modules in North America in a preliminary deal with LG Energy Solutions.

However, Toyota’s news strikes a slightly different note, as it clearly indicates that the industrial giant is planning on producing batteries entirely in-house.

Relative to other automakers, Toyota has been slow to roll out electric vehicles. The company does not currently sell any battery electric vehicles (BEV) in the U.S., though it does sell several plug-in hybrids and hybrid vehicles. It announced plans earlier this year to introduce the first BEV to North American markets — the bZ4X crossover — next year. It aims to boost its EV lineup to 15 models globally by 2025.