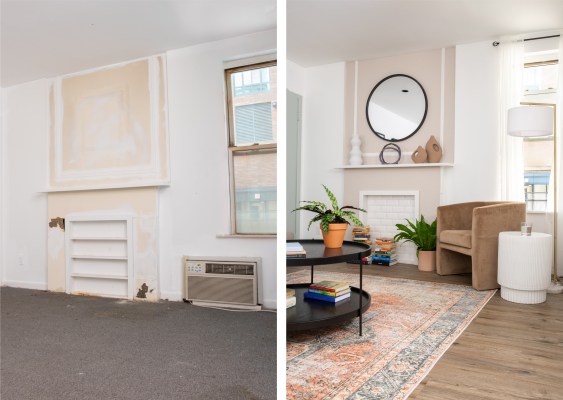 June Homes, a proptech startup that aims to make renting less painful and more flexible for both tenants and landlords, is emerging from stealth today with $50 million in total funding.

The New York-based company also previously raised (but did not announce) a $13 million Series A — also led by SoftBank Ventures Asia —  and $10 million in seed funding.

Founder and CEO Daniel Mishin first became interested in real estate with a missed train and an unplanned stay in a cheap youth hostel in Berlin when he was 11 years old. The experience inspired him to start his first business at an early age, turning his grandmother’s empty apartment into a short-term rental space for backpackers. After starting, and selling, a hospitality business, Mishin founded June Homes in 2017. He was motivated after his one struggle with apartment hunting in New York City.

“Prohibitive costs, predatory fees, complicated requirements, long-term lease commitments — it seemed impossibly difficult to secure housing under these terms,” Mishin said. “I started thinking that there was a real opportunity for innovation that could benefit tenants as well as mom and pop landlords, and that’s how June Homes was born.”

Mishin founded the company on the premise that the current rental system is “broken” for both tenants and small landlords. Even the fact that we use the word “landlord” in itself is very outdated, he said, since the word literally means “lord over land.”

“We’re still speaking like we’re in the 16th century,” he said.

So how does it work exactly? The company says it has built an algorithm that detects mispriced rental apartments that are often in need of repair. It also has developed a process that it says can inspect, upgrade, renovate and list units for rent in less than 72 hours. Then, according to Mishin, people can discover, apply for and move into a new apartment “in as little as three hours.”

“Our proprietary algorithm automatically performs best use analysis for every building and chooses which June Homes model to apply to it,” Mishin said.

The startup touts that its units are fully customizable. Tenants can rent furnished or unfurnished, with roommates or alone, and have the option to stay for anywhere from one to 18 months. The company says that unlike some short-term corporate housing companies that significantly upcharge tenants for flexibility, its rental rates are more in line with the price range you’d expect to pay on a traditional lease.

On the flip side, June Homes says it helps landlords by working to help them fill properties faster and managing things like tenant defaults, non payments and building performance. The startup also eliminates broker and management fees, and never charges upfront fees to owners, according to Mishin. Instead, June Homes processes all rental payments from tenants through its platform and pays owners either a smaller fixed payment every month, or a portion of revenue collected from tenants.

Over the last six months, according to Mishin, June Homes has seen a 150% increase in tenant growth and a 137% increase in unit growth. Specifically, it has signed on thousands of tenants across New York City, Washington, D.C., San Francisco, Los Angeles, Philadelphia and Boston. In particular, millennials and Gen Zers seeking convenience and flexibility are some of the biggest users of the platform.

“The new generation deserves more when it comes to housing, and June Homes has created the easiest and fastest way for them to find their footing in a new city,” said singer Demi Lovato, who invested as part of the company’s Series A last year, in a written statement.

Because it offers more flexible lease terms, the company claims to have 25.5x less tenant defaults than the industry average. It also says that it can fill units 10x faster than traditional legacy systems. For example, Mishin said, in July 2021 the average June Homes apartment in New York was rented in 7.5 days while all other rental listings rented on average in 76 days.

Looking ahead, June Homes plans to use the new capital primarily to expand to other markets in the U.S. in the short term, and then globally over the next 12 to 18 months. It also plans to do more hiring. Currently, the company has 144 employees, up 3x compared to this time last year.

Sherman Li, partner at SoftBank Ventures Asia and June Homes board member, believes that June Homes is providing today’s renters “with exactly what they want in the post-pandemic world — flexibility, access and convenience,” he wrote via email.

He said SoftBank was also impressed with the company’s ability to build such a large housing company “without owning a single property.”

While SoftBank Ventures Korea initially focused on the South Korean market, it has since expanded its focus toward early-stage ventures all over the world.

“We actively look for early- to growth-stage startups that have strong business potential regardless of geographical boundaries, and June Homes is definitely one such case,” Li said.