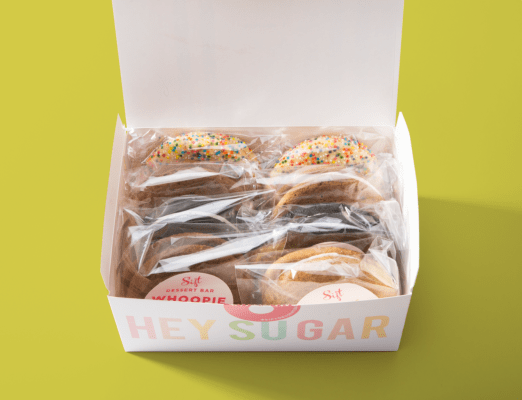 Corporate gift services have come into their own during the Covid-19 pandemic by standing in as a proxy for other kinds of relationship building activities — office meetings, lunches, and hosting at events — that have traditionally been part and parcel of how people do business, but were no longer feasible during lockdowns, social distancing and offices closing their doors.

Now, Sendoso — a popular “end-to-end” gifting platform offering access to 30,000 products including corporate swag, regular physical gifts, gift cards and more; and then providing services like logistics, packing and sending to get those gifts to the recipients — is announcing $100 million of funding to capitalize on this shift, led by a big new investor.

The company has been on a strong growth trajectory for years now, but it specifically saw a surge of activity as the pandemic kicked off. It now has more than 20,000 businesses signed up and using its services, particularly for sales and marketing outreach, but also to help shore up morale among employees.

“Everyone was stuck at home by themselves, saturated with emails,” said Kris Rudeegraap, the CEO of Sendoso, in an interview. “Having a personal connection to sales prospects, employees and others just meant more.” It has now racked up some 3 million gifts sent since launching in 2016.

Sendoso is not disclosing its valuation, but Rudeegraap hinted that it was four times higher than the startup’s Series B valuation from 2020. PitchBook estimates that to be $160 million, which would make the current valuation $640 million. The company has now raised over $150 million.

Rudeegraap said Sendoso will be using the funds in part to invest in a couple of areas. First, to hire more talent: it has 500 employees now and plans to grow that by 30% by the end of this year. And second, international expansion: it is setting up a European HQ in Dublin, Ireland to complement its main office in San Francisco.

Comcast, Kimpton Hotels, Thomson Reuters, Nasdaq and eBay are among its current customers — so this is in part to serve those customers’ global user bases, as well as to sign up new gifters. He estimated that the bigger market for corporate gifting is about $100 billion annually, so there is a lot to play for here.

The company was co-founded by Rudeegraap and Braydan Young (who is its chief alliances officer) on the back of a specific need Rudeegraap identified while working as a sales executive. Gifting is a very standard practice in the world of sales and marketing, but he was finding a lot of traction with potential and current customers by taking a personalized approach to this act.

“I was manually packing boxes, grabbing swag, coming up with handwritten notes,” he recalled. “It was inefficient, but it worked so well. So I dreamed up an idea: why not be able to click a button in Salesforce to do this automatically? Sometimes the best company is one that solves a pain point of your own.”

And this is essentially what Sendoso does. The startup’s platform integrates with a company’s existing marketing, sales and management software — Salesforce, HubSpot, SalesLoft among them — and then lets users use this to organize and order gifts through these channels, for example as part of larger sales, marketing or HR strategies. The gifts are wide-ranging, covering corporate swag, other physical presents, gift cards and more, and there are also integrations you can include to share gifting across teams of salespeople, to analyze the campaigns and more.

The Sendoso platform itself, meanwhile, positions itself as having the “marketplace selection and logistics precision of Amazon.com.” But Sendoso also believes it’s better than someone simply using Amazon.com itself since it ultimately takes a more personalized approach in how it presents the gift.

“There are a lot of things we do uniquely in terms of what we have built throughout our software, gifting options and logistics centre. We really personalize our gifts at scale with handwritten notes, special boxing, and more,” something that Amazon cannot do, he added. “We have built a lot of unique technology and logistics software that would make it hard for Amazon to compete.” He said that one of Sendoso’s integrations is actually with Amazon, so Sendoso users can order through there, but then the gift is first routed to Sendoso to be repackaged in a nicer way before being sent out.

At its heart, the startup has built a way of knitting together disparate work practices — some codified in software, and some based on human interactions and significantly more infused with randomness, emotion and ad hoc approaches — and built it all into a technology platform. The ability to scale what feels like an otherwise bespoke level of service is what has helped Sendoso gain traction not just with users, but investors, too:

“We believe Sendoso offers the most comprehensive end-to-end gifting platform in the market,” said Priya Saiprasad, a partner at SoftBank Investment Advisers. “Their platform includes a global marketplace of curated vendors, seamless integration with existing tools, global logistics, and deep analytics. As a result, Sendoso serves as the backbone to enterprises’ engagement programs with prospective customers, existing customers, employees and other key stakeholders. We’re excited to lead this Series C round to help Sendoso accelerate its vision.”