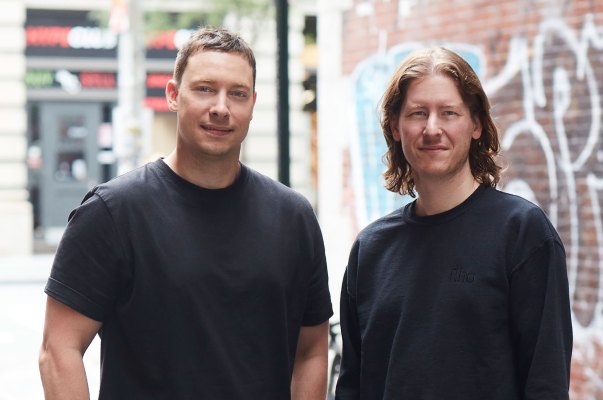 Corporate spend and cash management company Rho today announced that it has raised a $75 million Series B funding round led by Dragoneer Investment Group. Participants included existing investors Inspired Capital, M13 and Torch Capital, as well as new investors such as DFJ Growth.

This adds up to a total of $205 million in equity and debt financing, which the New York-based fintech plans to primarily use to invest in technology and build “more expansive products to continue to cover the entirety of corporate spend and cash management,” its CEO Everett Cook told TechCrunch.

This focus on creating a one-stop shop is a response to customer demand, Cook said. With a sweet spot for companies with 30 to 500 employees, Rho sees SMBs looking for frictionless workflows across banking, cards and accounts payable. “The company is laser-focused on automating the back-office and building the platform to enable ‘self driving’ finance in the enterprise,” said Sam Fort, partner at DFJ Growth.

Also Read  The SPAC boom was a failure, yeah?

This integrated approach already led Rho to launch accounts payable product Rho AP alongside its Series A round last January, followed by its corporate card in May. The card is powered by a partner, Sterling National Bank, as are other Rho services. Per the company: “Rho partners with various providers, including banks, to provide businesses with holistic financial services under the Rho brand.”

Just like Rho AP, the Rho Card is part of Rho’s strategy to position itself as “the first and last platform finance teams should need.” But it is also arguably an attempt to capture a portion of America’s huge corporate card spend. According to the payments-focused Nilson Report, commercial card purchase volume in the U.S. was close to $1.4 trillion this year. No wonder then that so many fintechs now offer their own cards — from Expensify and Bill.com’s Divvy to Brex and Ramp.

Despite these competitors, things seem to be going well for Rho. Per Cook, its annualized transaction volume grew from a little less than $2 billion in December 2020 to a cumulative volume of $3 billion between January and November 2021. Based on November’s figures, this would represent a $6 billion annualized run rate. Not bad for a company founded in 2018, and that only launched in 2020. “This was a direct result of Rho continuing to expand the platform’s capabilities, building out corporate cards, and AP on top of the core banking platform,” Cook said.

In parallel, Rho’s team grew to 80 people, working both in New York and remotely. Recent recruits include its new Europe-based CTO, Sebastjan Trepca, who will free up time for Rho’s co-founder Alex Wheldon to “focus more exclusively on product strategy,” Cook said.

Having previously co-founded U.K. fashion search platform Lyst, Trepca previously consulted with Rho and was involved in the redesign that the startup is unveiling alongside its funding announcement.

There’s also some rebranding going on: The company’s product used to be known as Rho Business Banking, while its legal name was — and still remains — Rho Technologies. But from now on, you can just call it Rho, Cook said. Fingers crossed that it won’t get overshadowed by a new COVID-19 variant hungry for another Greek letter.