Protesters chant ‘Modi Hitler’ slogans during his speech at UNGA

New York: A large number of Kashmiris, Pakistanis and Sikhs came out to hold an “anti-Modi demonstration” outside United Nations (UN) office in New York, where they called attention to the “racist Modi regime” and its ongoing human rights violations in India-illegally occupied Jammu and Kashmir (IIoJ&K).

The demonstrators holding placards and banners protested outside the UN during Modi’s speech at the 75th UNGA session, chanting slogans like “Go back Modi, Modi is a terrorist, Modi Hitler, and fascist”. 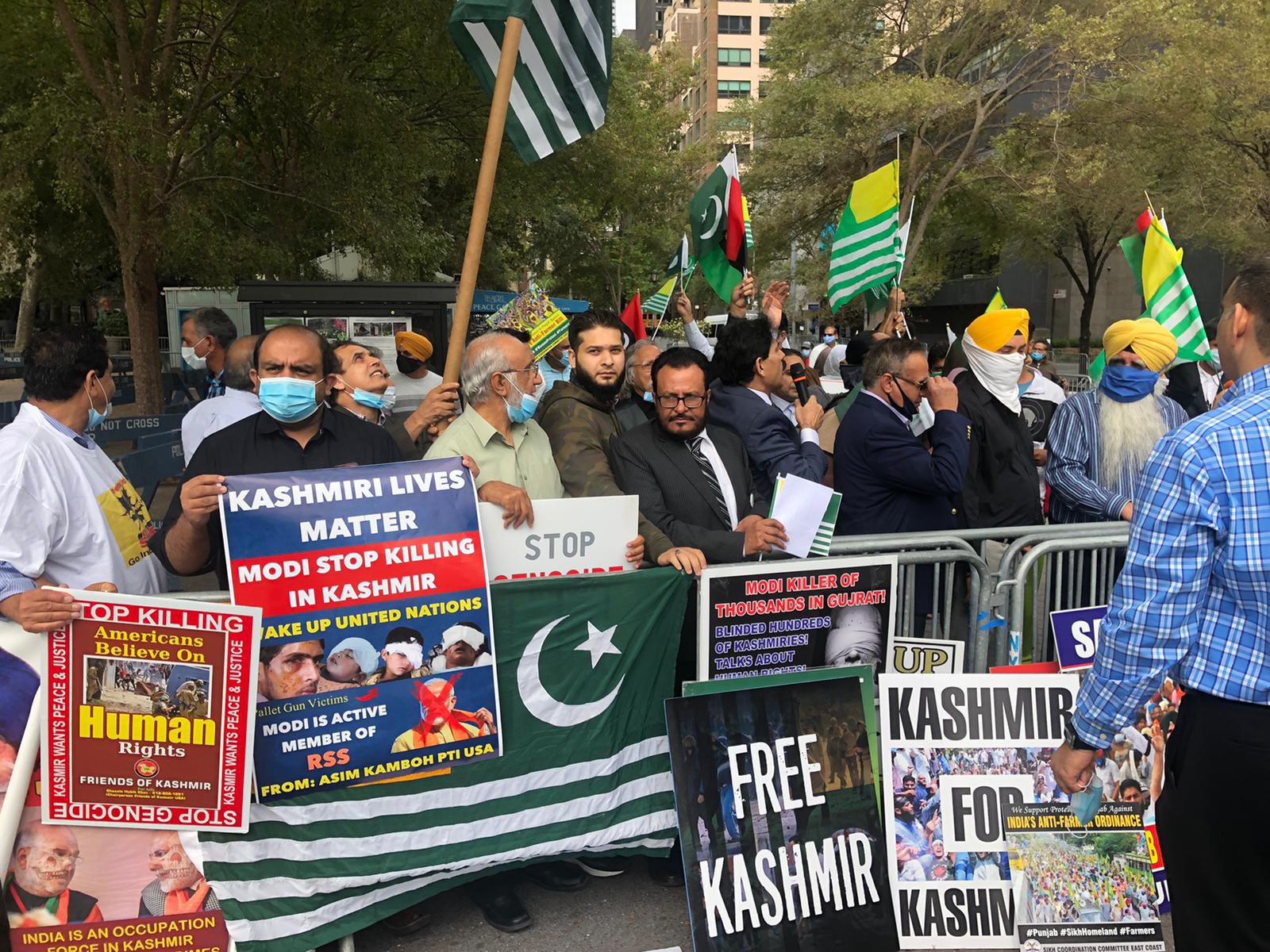 The protesters called on the international community to play its role in the implementation of UN resolutions that pledged the right of self-determination to Kashmiris.

Condemning the “violations”, the protestors have sought the UN’s attention to implement its resolutions on Kashmir as people of IOK are “resisting against Indian armed forces for the implementation of UN resolutions.” 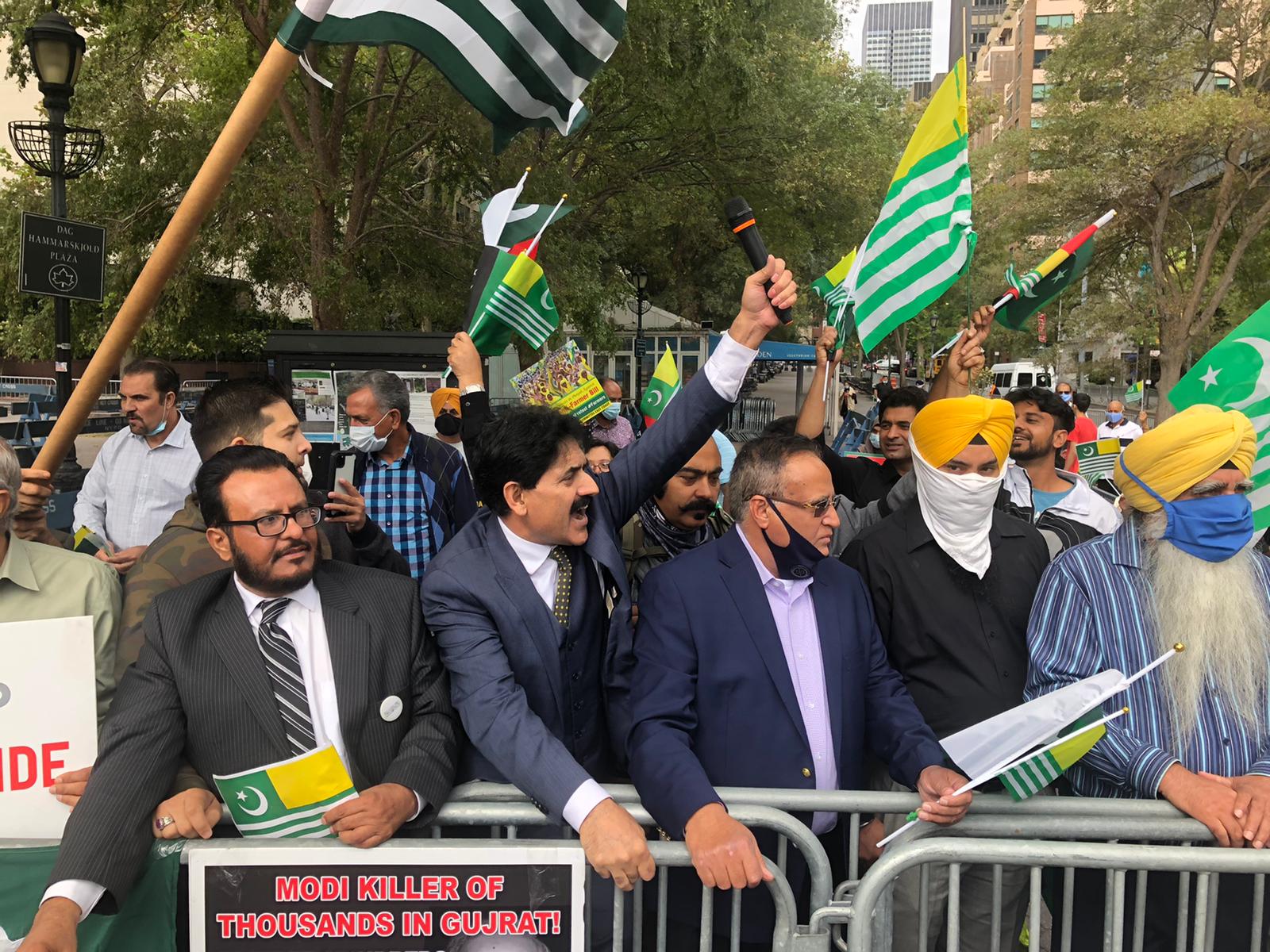 It is pertinent to mention here that Prime Minister Imran Khan on Friday while highlighting grave human rights (HR) violations in the Indian occupied territory at the global platform said that durable peace could not be achieved in South Asia unless the Kashmir dispute is resolved.

He said that Pakistan supports the right of self-determination of Kashmiris and considered it their just right.

“Pakistan has always called for a peaceful solution. To this end, India must rescind the measures it has instituted since 5 August 2019, end its military siege and other gross human rights violations, and agree to resolve the Jammu & Kashmir dispute in accordance with the relevant UN Security Council resolutions and of course the wishes of the people of Kashmir.”