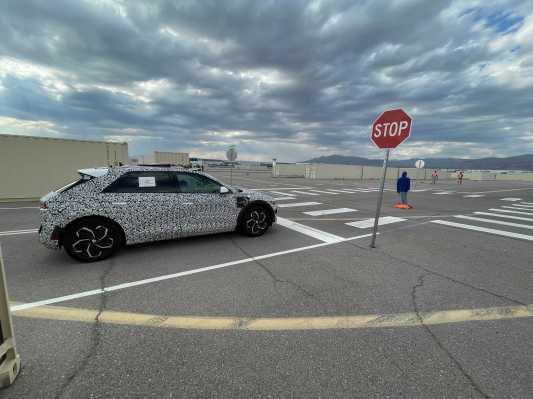 Autonomous vehicle company Motional is expanding its operations and employee headcount in Las Vegas, including tripling the size of its testing facility, in the run up to its planned 2023 commercial deployment of robotaxis.

The company, the product of a $4 billion joint venture between Aptiv and Hyundai, has been in Las Vegas for nearly four years. Motional first began testing it autonomous vehicle in Las Vegas through a partnership with Lyft. The two companies kicked off with what was supposed to be a weeklong pilot program to offer rides in autonomous vehicles on the Lyft network in Las Vegas during the 2018 CES tech trade show.

The partnership predates the joint venture with Hyundai. At the time, Motional was known as Aptiv Autonomous Mobility Group. That temporary experiment, which has always included a human safety driver, was extended and still exists today. As of February 2020, the program had given more than 100,000 paid self-driving rides in Aptiv’s — now Motional’s — self-driving vehicles, per the Lyft app. Motional has not provided an updated number on the number of paid rides taken through the Lyft app.

Motional’s operations in Nevada extend beyond its partnership with Lyft. The company also tests on public roads on an ongoing basis in Nevada.

The expansion plans at its Las Vegas facility also includes doubling its operations center, a 130,000-square-foot technical center that Motional opened several years ago to house its fleet of autonomous vehicles as well as an engineering team dedicated to research and development of software and hardware systems, validation and mapping.

Also Read  Our Next Energy closes $25M Series A for battery tech with backing from Bill Gates, BMW

As part of this expansion that will push the square footage over 250,000 square feet, Motional is also hiring more than 100 new employees. The company currently employs more than 250 people in Las Vegas.

Motional’s growing operations in Las Vegas — and notably a closed track that will allow four times the volume of testing — are in preparation for its next-generation robotaxi based on the all-electric Hyundai Ioniq 5. Motional’s President and CEO Karl Iagnemma said the expansion will allow the company to accelerate testing ahead of the commercial deployment of its fully driverless robotaxis in 2023.

The Las Vegas announcement comes a month after Motional expanded operations in California. The company said in August it is opening a new operations facility in Los Angeles to support testing on public roads, hiring more engineers and adding an office in Silicon Valley.

The investment into California and this latest plan to grow operations in Nevada follows a hiring spree that has pushed Motional’s total headcount to more than 1,000 people, an expansion into Seoul and its announcement last December to launch fully driverless robotaxi services in major U.S. cities in 2023 using the Lyft ride-hailing network.

Motional didn’t disclose its investment into the California expansion, nor has it shared financial details of its plans for the Las Vegas facility. A company spokesperson it “does represent Motional’s largest investment in our Nevada operations.”