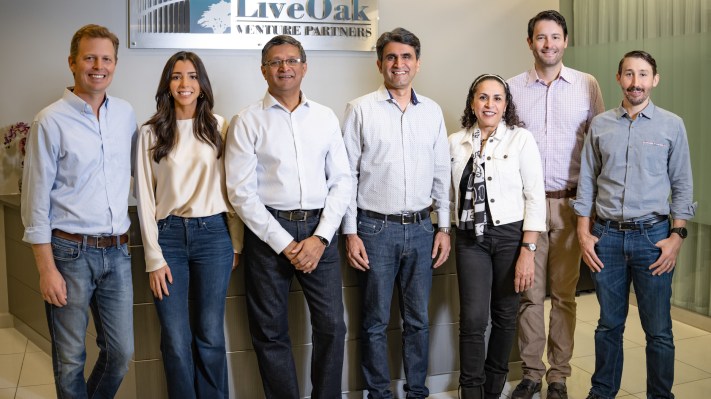 LiveOak Venture Partners raised its largest fund to date, $210 million for Fund III, which will enable the Austin-based, early-stage venture capital firm to double down on Texas founders.

The fund was oversubscribed — the firm originally targeted between $150 million and $200 million — and was wrapped up in less than four months, co-founder and partner Krishna Srinivasan said in an interview. Fund III brings assets under active management to almost $500 million.

“The entire thing happened over Zoom, and we could have raised more,” he added. “We finished with a diverse base of investors that included 90% from institutional investors and over 40% of investment from new investors.”

Srinivasan and Venu Shamapant started the firm in 2012, and its first two funds both raised $105 million. They invest in technology across Austin, Houston, Dallas and San Antonio, pumping money into 49 companies so far, with plans to add another 25 to 30 with the new fund. The firm’s first check is between $1 million to $5 million, and will invest around $10 million during a company’s life cycle.

The firm touts this fund as “the largest institutional Texas-focused, early-stage venture fund in the past decade” at a time when funding to companies within the state is at an all-time high.

More than $90 billion was invested into Texas-based companies since 2016, according to Crunchbase data. In 2021, $14.2 billion was invested so far, and is poised to eclipse the $15.4 billion invested into companies in all of 2020. One of the largest capital infusions over the five-year period happened this month: Austin-based business identity protection ZenBusiness took in $200 million in a round led by Oak HC/FT.

“The Texas market is an exciting place right now,” Shamapant said. “We are big believers in the market, and now others are starting to recognize what we have known. That was a positive tailwind as we got into fundraising. Our results are that we have gotten to validate that strategy is right and works well.”