We saw how celebrities came out to protest for the motorway incident and seek justice for the survivors. The protest was arranged by Yasir Hussain, Frieha Altaf and other celebs. 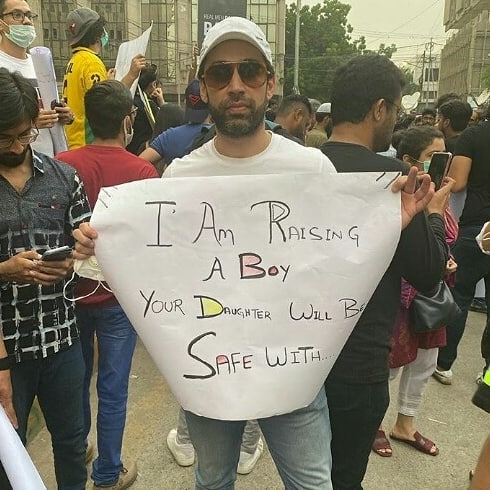 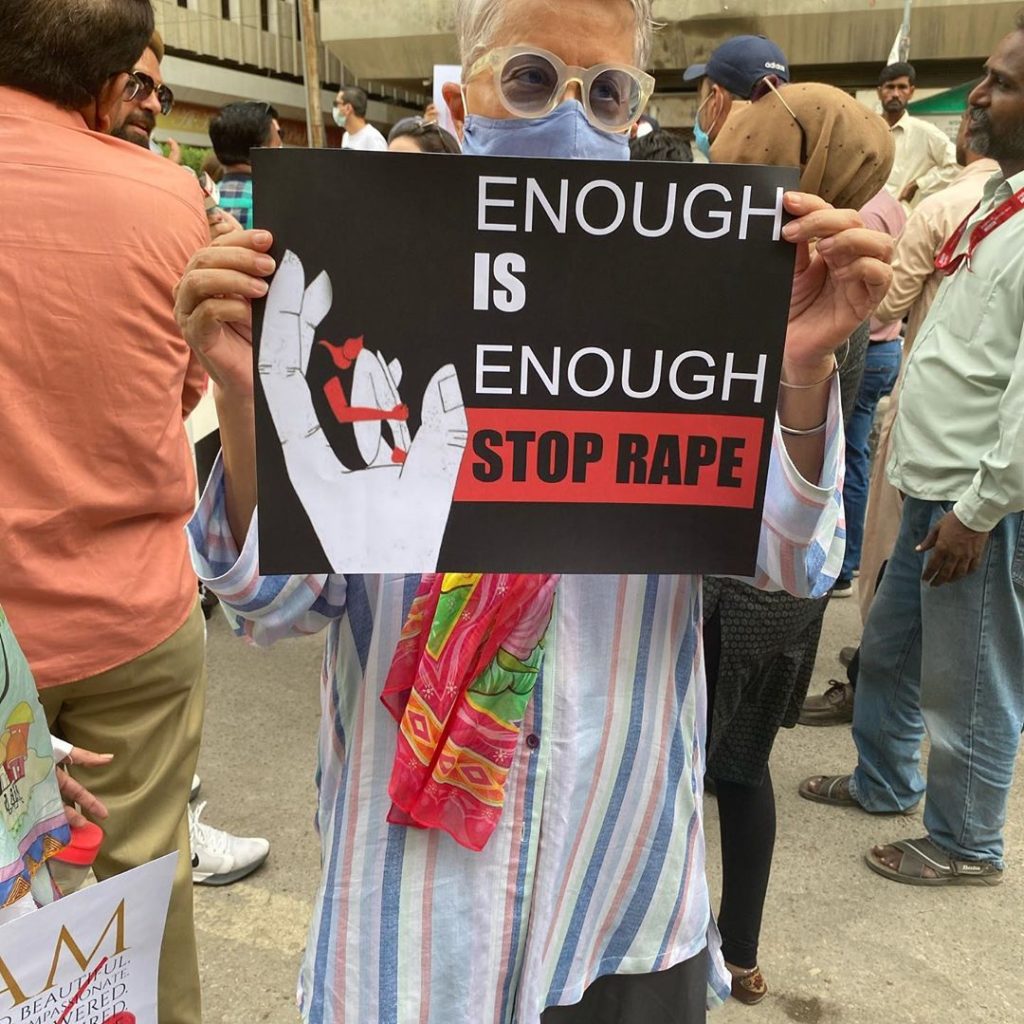 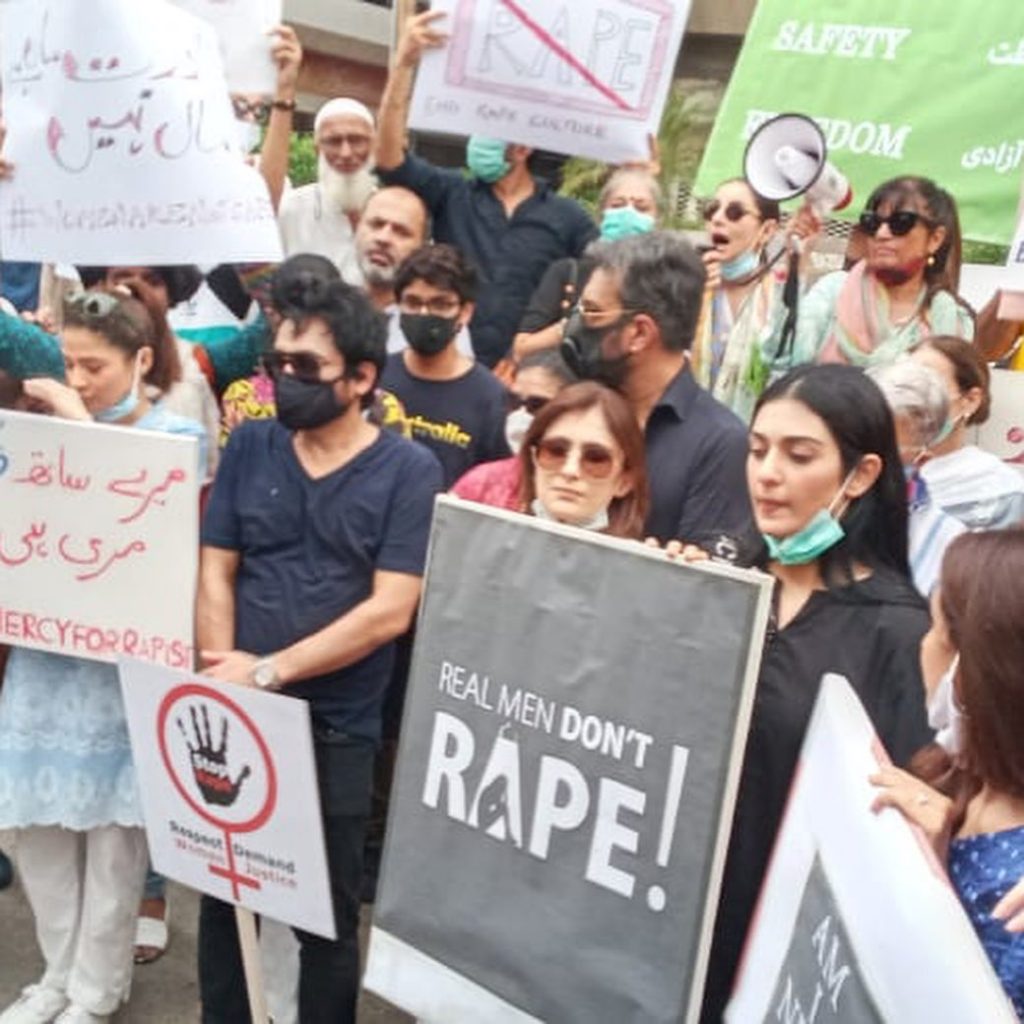 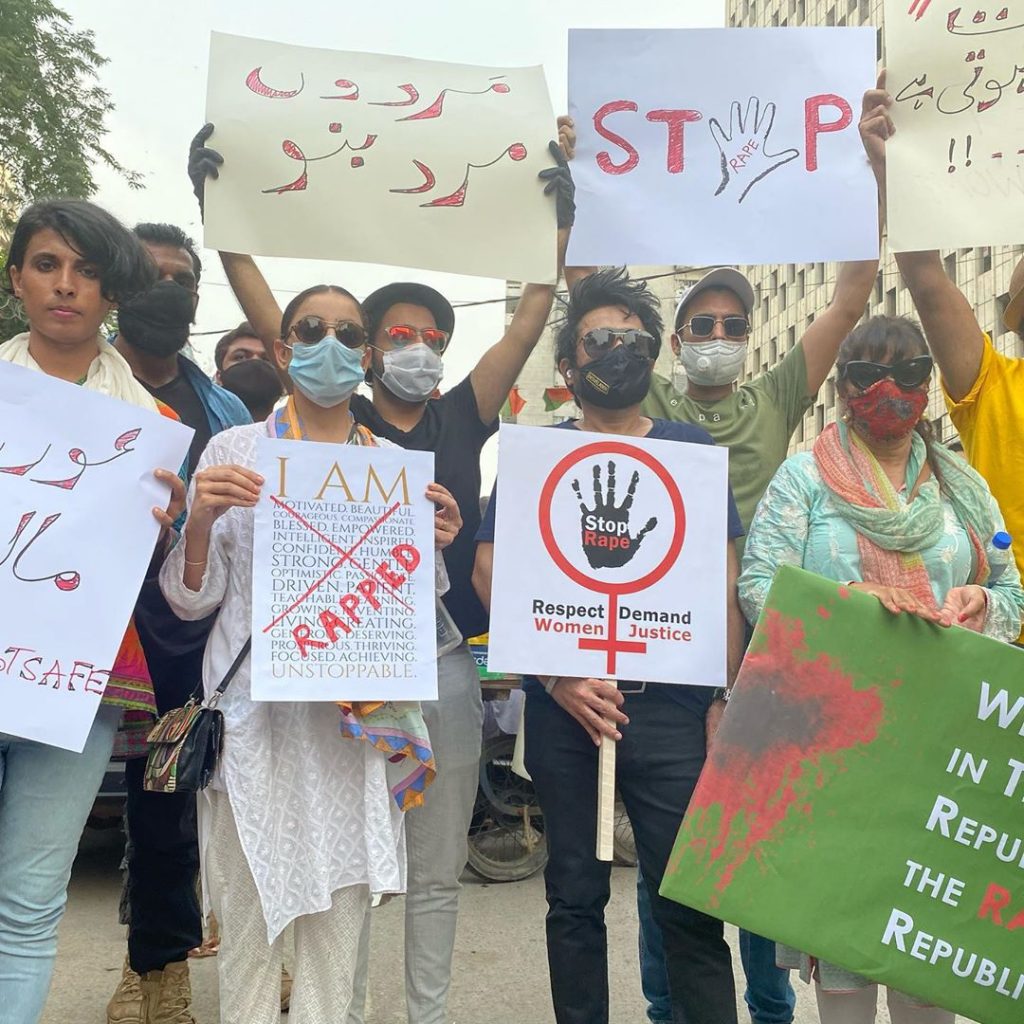 Many people applauded them for coming out but wait there is another side of the story and you will be surprised to know about it. Many people have come out on social media and exposed the whole story behind this. 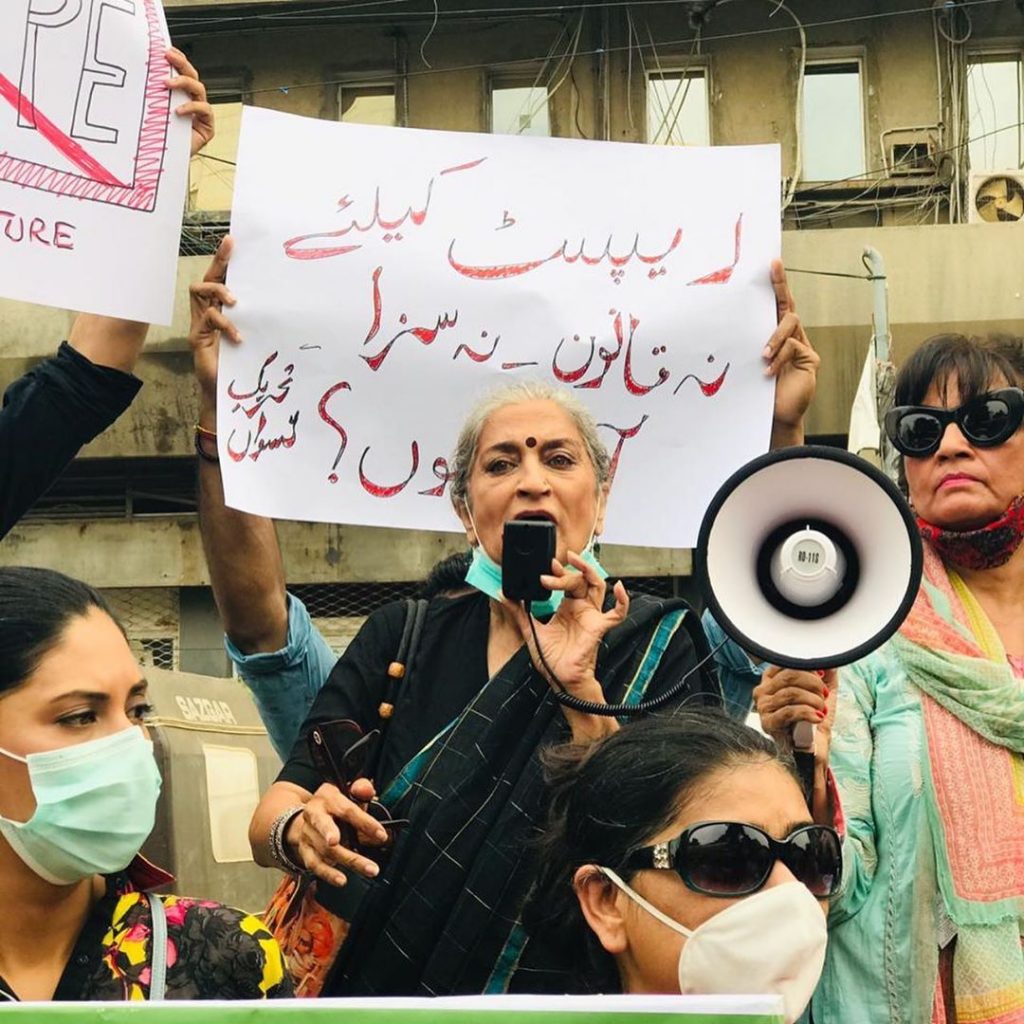 A Facebook user has shared the complete story and he said, “I have way too much rage to be able to make a coherent post but I will one because now this has become too much. This is what happenedat the Nationwide Transgender Protest on Rape and Transmisogyny in Pakistan. These jerks came over, Freiha Altaf moved the water stall and limo soda vendors back from the road (he was giving everything on discount to the protestors but was clearly too ugly to be in this celebrity protests press shots), the celebs formed their pretty little protest teeming with their personal PR handlers and photographers, naturally all the media went to them because over 200 poor transgender women and khwajasiras weren’t worth it, they refused to join in the trans” protest which is literally ON RAPE AND VIOLENT MISOGYNY and YES this includes Sarwat Gillani y’all’s latest feminist icon (limited to BBC), make bullshit rhetorical comments about good touch and bad touch, the trans women leave because all coverage is now gone to cover the pretty celebs in their pretty little “protest”, the pretty little celebs’ pretty little protest ends, and they all go back home in their chaffeur driven vehicles.” 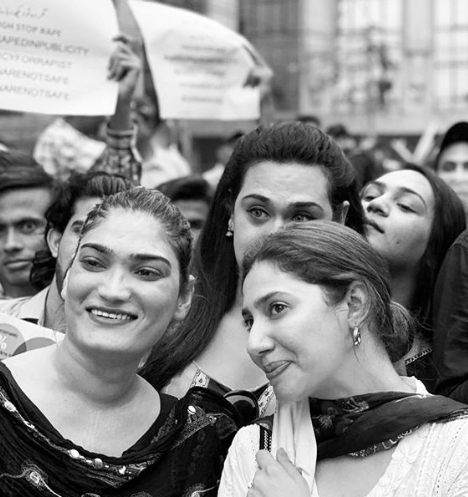 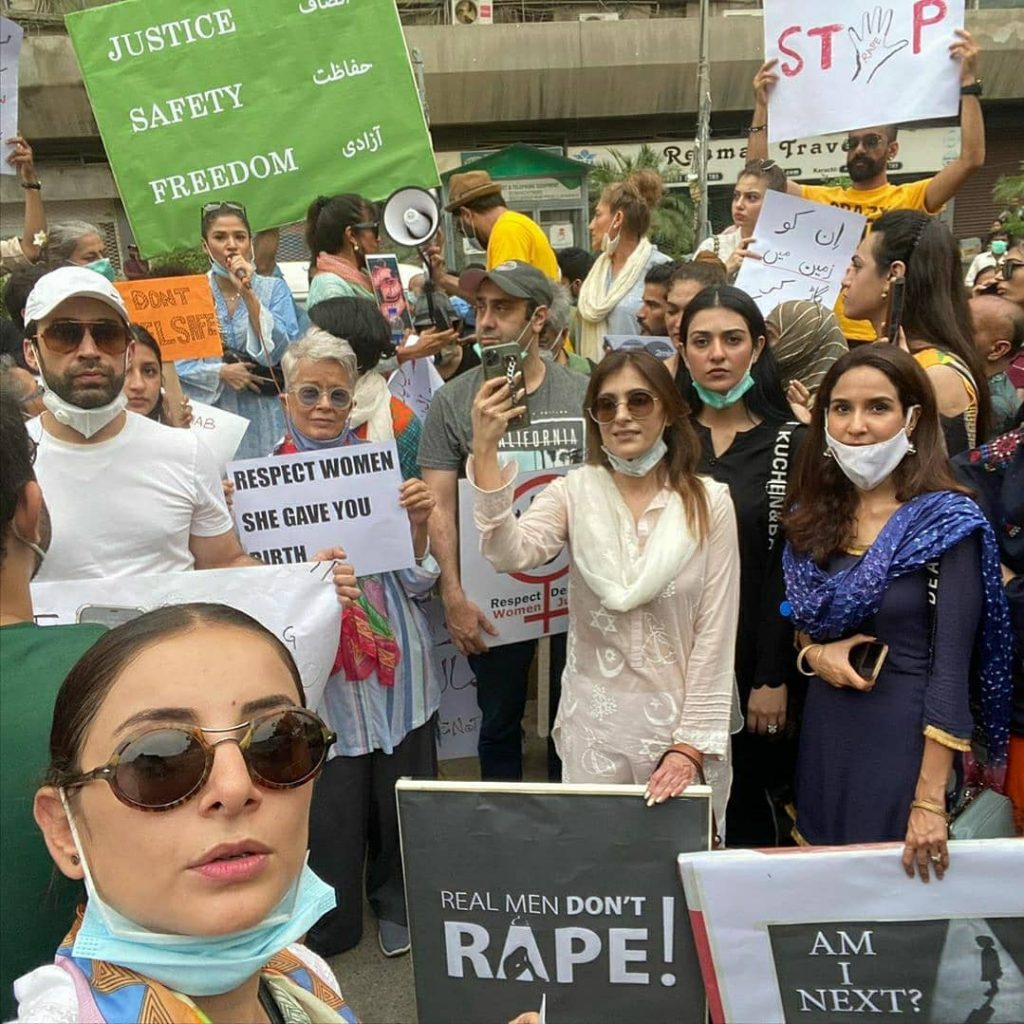 “Next they post their selfies with probably 2 transgender fans, and are now being “lauded” for their bravery by the bandwagon liberals (with zero understanding of representation and who gets seen as saying what and to what end) 10 feet away two transgender women were being threatened with violence. Media cameras were pulling away. And this elitist entitled bunch of losers had the gall to use national trauma for personal PR – practically undoing the very transwomen’s protest that was happening 10 feet from them.” 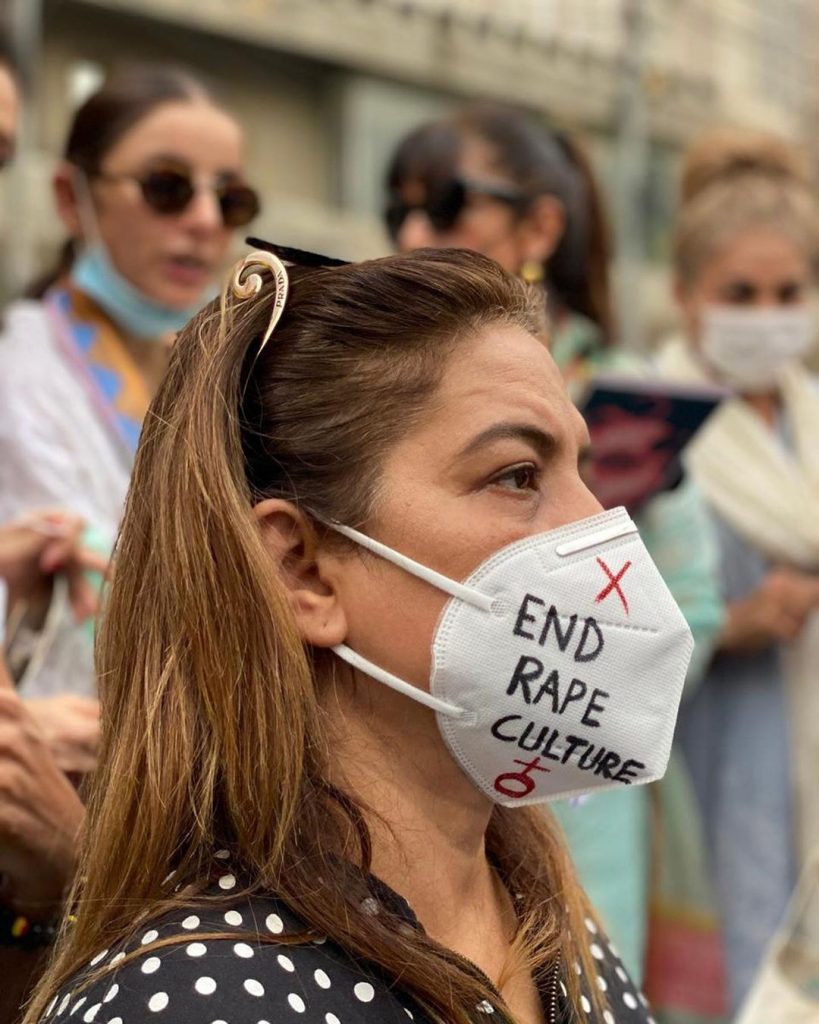 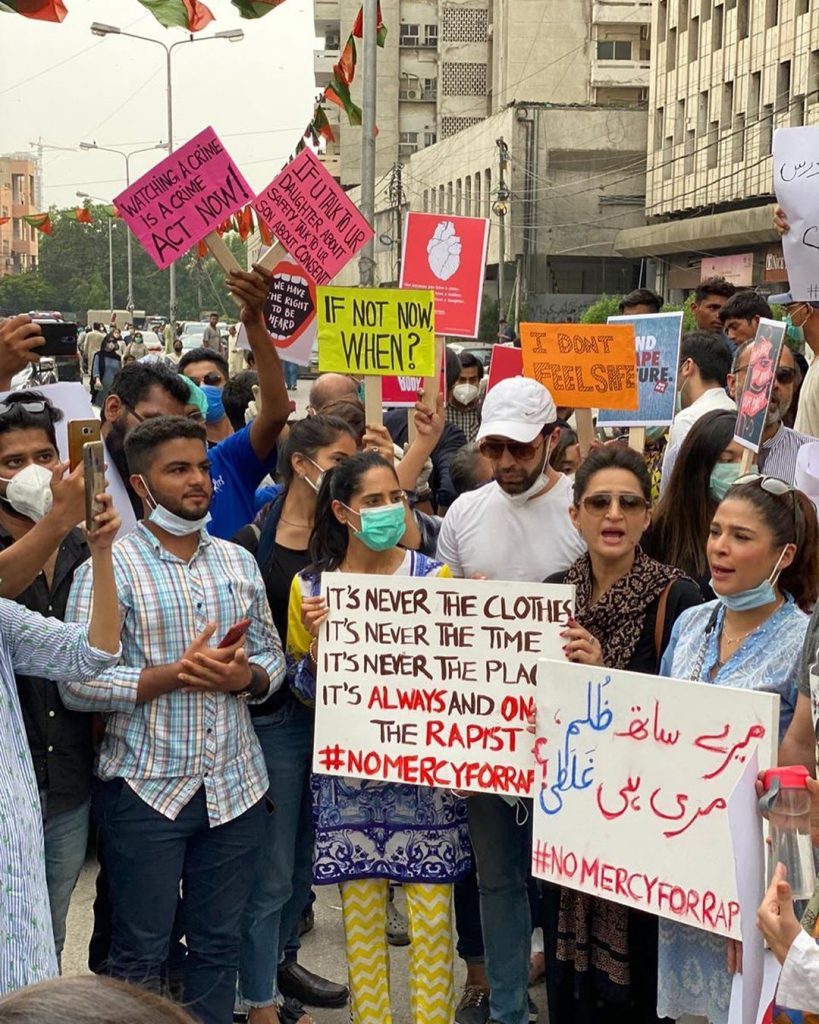 He further shared, “Pakistan’s core issue will remain classism – and all struggles – all of our struggles must be on dismantling this classist hegemony on rights and safety! And these social climbers now masquerading as the ultimate manifestation of our culture (aka celebs) better be the first to go. They are NOT allies – and do NOT confuse their opportunism with support. We did it with the NGOs before and look where it has led us. We are repeating the same mistakes. All people need to divest the movements from celebrities and bring back the resistance home – to the people. And yes I sound harsh and radical because I am – because we have to be. This fake fuckery has gone on for far too long and the last thing we can leave to corporate elitism is our pain.
“Fun Fact: Bushra Ansari told Zehrish Khanzadi and me not to sway too much or else the cameras will catch us and delegitimize our protest by saying we’re dancing.”

I have way too much rage to be able to make a coherent post but I will one because now this has become too much.This…

However, Yasir Hussain while talking to Galaxy Lollywood clarified that the protest was done in a peaceful manner and he said that a separate protest was organized by celebrities because they have a huge fan following and it will create more awareness. 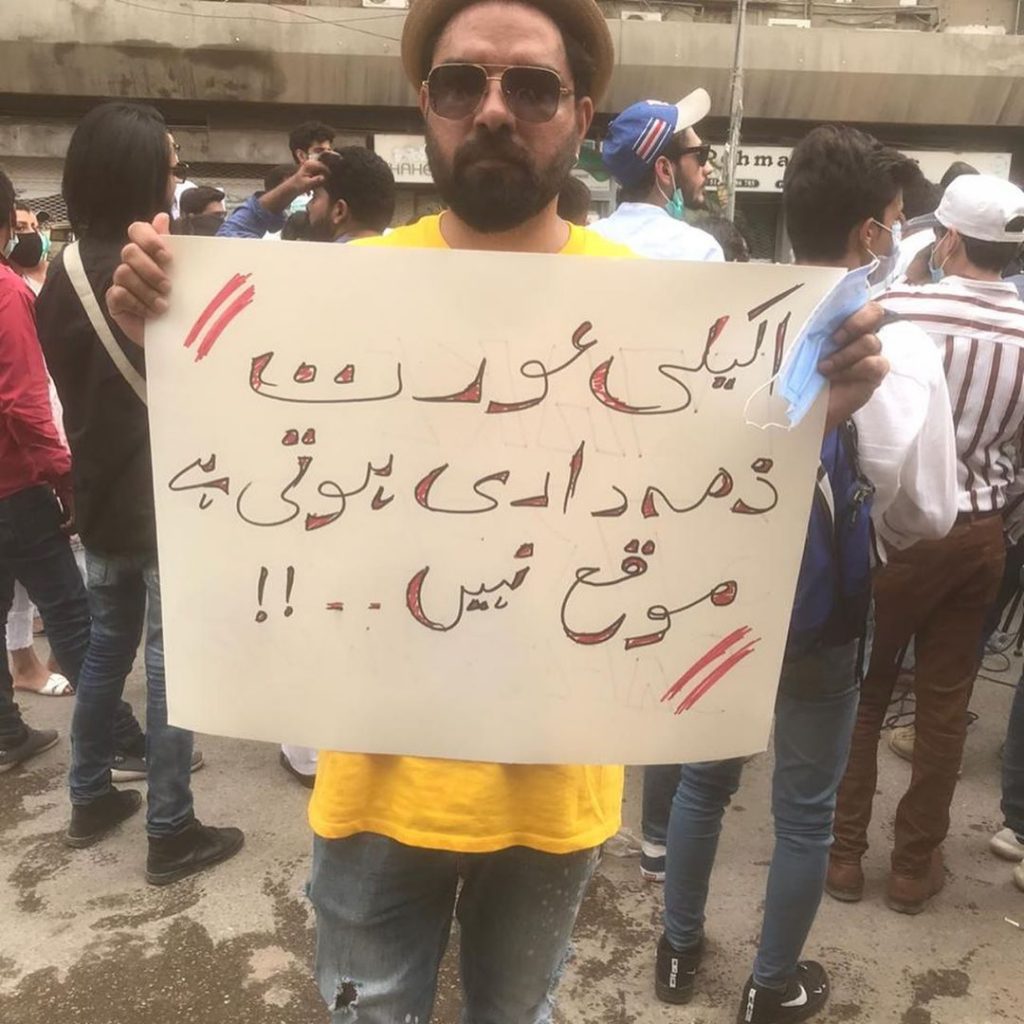 He said that it is the media’s job to cover everything equally. He also stood with transgenders to support their cause. 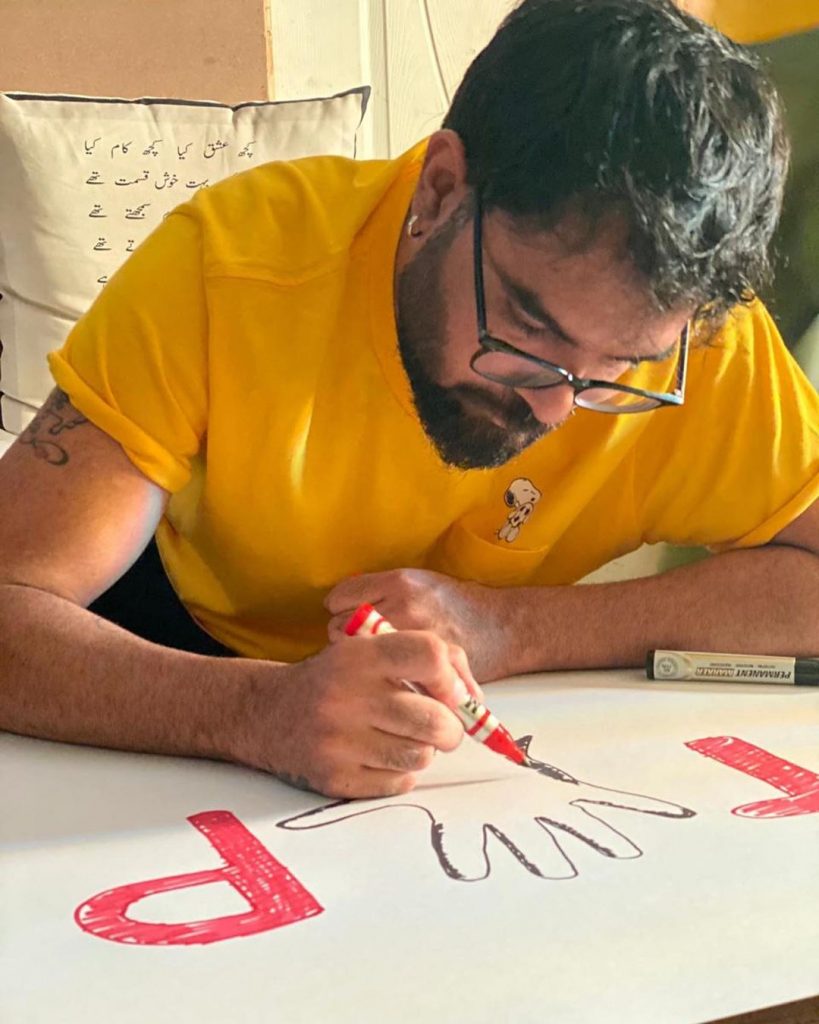 What do you think about this? Share with us in the comments section.

Celebrities Sending Condolences On The Death Of Dean Jones