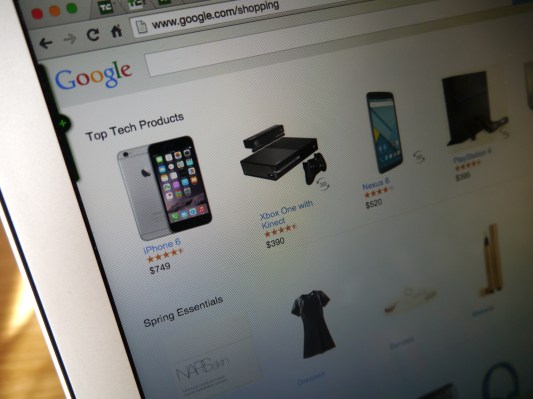 Google’s challenge to a 2017 EU antitrust finding against its shopping comparison service (Google Shopping) has been largely dismissed by the General Court of the European Union.

It’s an important win for the Commission’s antitrust division, which — in recent years — has brought a string of enforcements against big tech, including multiple decisions against Google. But this summer lost a major case against Apple back taxes.

Today the General Court of the EU has upheld the €2.42BN penalty imposed on Google and its parent company Alphabet over four years ago for competition abuses related to Google Shopping, a product comparison search service.

It’s not clear whether Google will seek to pursue further appeals vis-a-vis Google Shopping. A spokesperson declined to comment when asked.

Back in 2017 the Commission found that Google had abused its dominance in search by giving prominent placement to its eponymous shopping comparison service — while simultaneously demoting rivals in organic search results.

Google and its parent entity Alphabet appealed the decision but the General Court has dismissed most of their claims — agreeing that the sanctioned actions were anti-competitive and that Google had favored its own comparison shopping service over competing services rather than serving a better result.

In a press release on the judgement, the Court also calls out another problematic tactic, writing: “While Google did subsequently enable competing comparison shopping services to enhance the quality of the display of their results by appearing in its ‘boxes’ in return for payment, the General Court notes that that service depended on the comparison shopping services changing their business model and ceasing to be Google’s direct competitors, becoming its customers instead.”

In additional findings, the Court agreed there were harmful effects for Google’s competitors of its anti-competitive behavior. And it rejected an argument by Google — which had sought to claim that competition for comparison shopping services remains strong on account of the presence of merchant platforms on that market — agreeing with the Commission’s assessment that those platforms are not on the same market.

In one bright spot for Google, the Court found that the Commission did not establish that the tech giant’s conduct had had (even potential) anticompetitive effects on the market for general search services. So it annulled the finding of an infringement in respect of that market alone.

But, again, it upheld the Commission’s analysis of the market for specialised search services for comparison shopping (and Google’s anti-competitive activity within it).

The Court also rejected Google’s claim that its conduct was objectively justified because it ‘improved the quality of its search service’.

And it dismissed another claim by Google of technical constraints preventing it from providing equal treatment.

“Google has not demonstrated efficiency gains linked to that practice that would counteract its negative effects on competition,” it added in the press release.

In upholding the level of financial penalty imposed by the Commission, the Court noted that the portion of the decision it annulled had no impact on the amount of the fine (“since the Commission did not take the value of sales on that market into consideration in order to determine the basic amount of the fine”); and emphasized what is described as the “particularly serious nature of the infringement” — also taking into account the fact the conduct was intentional, rather than negligent.

The Commission said the judgement “delivers the clear message that Google’s conduct was unlawful and it provides the necessary legal clarity for the market”.

“Comparison shopping delivers an important service to consumers, at a time when ecommerce has become more and more important for retailers and consumers. As digital services have become omnipresent in our society nowadays, consumers should be able to rely on them in order to make informed and unbiased choices,” the Commission said in the statement.

It added that it will continue to use “all tools at its disposal to address the role of big digital platforms on which businesses and users depend to, respectively, access end users and access digital services” — pointing to its Digital Markets Act regulatory proposal, that’s currently being debated by the European Parliament and Council, and which it said aims to ensure “fairness and contestability”.

Responding to the ruling in its own statement, a Google spokesperson sought to downplay any significance, writing:

“Shopping ads have always helped people find the products they are looking for quickly and easily, and helped merchants to reach potential customers. This judgement relates to a very specific set of facts and while we will review it closely, we made changes back in 2017 to comply with the European Commission’s decision. Our approach has worked successfully for more than three years, generating billions of clicks for more than 700 comparison shopping services.”

However one rival to Google in the local search space — Yelp — seized on the judgement, saying it establishes a framework for “the swift assessment of the illegality of this type of conduct in other verticals”, and calling on the Commission to take action against Google over local search.

“Yelp welcomes today’s ruling of the European General Court, which has found Google guilty of abusing its dominance in general search to extinguish competitors in vertical search services without any efficiency justification,” said Luther Lowe, SVP, public policy, in a statement. “While the decision focuses on comparison shopping, it establishes a framework for the swift assessment of the illegality of this type of conduct in other verticals, namely local search. The local search market has not yet tipped, and European consumers conduct local searches on Google billions of times per week.

“Rather than accept a Pyrrhic victory, the European Commission must now take this favorable precedent and prosecute Google for its parallel abuses in the local search market and allow services like Yelp to compete on the merits,” he went on. “It may be hard to remember now, but Google and its Big Tech ilk were not always this unpopular. In 2015, Vice-President Vestager exhibited incredible courage by showing the world that Google’s abuses were not acceptable. She should be commended for this courage.

“But history’s verdict on this period will be based on whether this odyssey ultimately produced a tangible impact for European consumers, which is why it is vital that these tools be utilized in markets where competition remains salvageable.”

In the meanwhile, Google has a pipeline of appeals against others EU antitrust findings (Android and AdSense), as well as an open EU investigation of its adtech — not to mention a raft of antitrust cases on home soil.

So its lawyers will be kept very busy regardless of the ramifications of today’s loss.