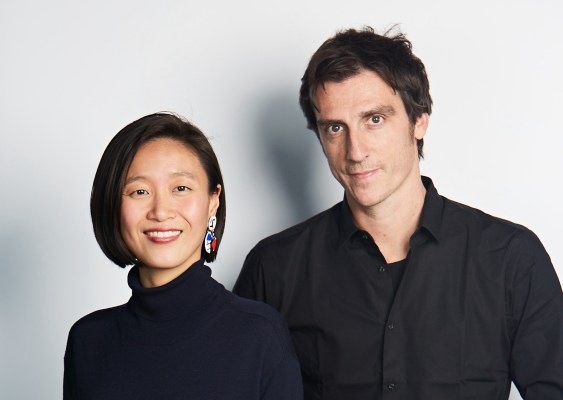 Felix Capital, the London VC firm that has built a portfolio emphasizing investments in startups in the ecosystem that supports the creative class, is bringing on two more partners, Julien Codorniou and Susan Lin, as it continues to expand into a wider range of categories.

Codorniou had been a longtime executive at Meta (formerly Facebook), where he worked across different products for businesses, most significantly as VP of Workplace, the company’s effort to build a version of Facebook tailored to the working world. Lin is an internal promotion, and in what is perhaps a mark of just how slow change is to come to the halls of power and money in the world of tech, she is actually the first female partner at Felix since the firm was first founded in 2015.

Felix — co-founded by longtime European investors Frederic Court and Antoine Nussenbaum — today says it has some $600 million under management with 47 active investments. That portfolio includes a range of companies that are, in a straightforward way, bets on some of the bigger tech trends in Europe and further afield: they include businesses crossing the nexus of food and e-commerce such as Deliveroo, HungryPanda, Oatly, AllPlants and Frichti; transport startups Dott and Heetch; travel startup Perfect Stay and recruitment platform Job Today.

But there is also a big emphasis on startups putting out creator or creative products and content; or used by creators to help them work, with the list including companies like Farfetch, Business of Fashion, Moonbug, Mejuri and Goop; as well as Mirakl, SellerX, Sorare, Rally, Creative Fabrica, fraud prevention platform Forter, Juni and more.

Also Read  Audit Sight takes on new capital to eliminate all of the back and forth between auditors, companies

Adding in two new partners will be a way of expanding Felix’s scope further, specifically into more categories to fill out those existing fields.

Codorniou, with his experience in building and evaluating workplace productivity tools — before Meta, he was at Microsoft as a director in business development — plans to look at and fund SaaS businesses with a focus around areas like the future of work (a pretty nebulous category these days, given how quickly working practices and work infrastructure have been forced to evolve in the wake of the pandemic). This is an area that Felix has been doubling down on of late, with investments in Mirakl, Job Today and Yoobic all part of a bigger and more generalized thesis around how working and building the infrastructure to work are changing fast.

“I spent so much time in last five years talking to CIOs and CFOs, learning what they like or don’t like,” he said. “Budgets are moving from IT to HR, and we want to make the best of that convergence. It’s about building community at work, but I also think front line is the next frontier for automation and more.”

Tapping another area that loomed large both at Meta and in Europe these days, Cordorniou told TechCrunch he will be looking to back more gaming startups as well, particularly those emerging out of further-flung corners of the European region, and those that are pushing the boundaries of gameplay and monetization models. On the latter point, games have long been early movers and some of the biggest users of virtual currencies; now, with the rise of new kinds of gamification around cryptocurrency, it will be interesting to see how (and if) we see a wave of startups building gameplay that taps into that.

There is a talent connection between the two areas, too, he pointed out. “Obviously NFT is all the rage in gaming right now,” Codorniou said. “What is interesting is that the same people I worked with 10 years ago that used to be in social mobile gaming are now building new companies in the world of play to earn and crypto.” Sorare and Ledger are two existing investments in the portfolio that point to where and how Codorniou and Felix might back startups in the future.

Codorniou is joining as a partner at Felix, but he’s had a connection to the firm since day one, as one of its founding advisors — a formidable group of people, former founders or top executives, who have been leaning into Felix’s investment strategy as LPs without being full members of the team. (Others include David Marcus, Stephanie Phair, and Henri Moissinac.)

Lin, meanwhile, has been with Felix for three years — previous investment roles included time at Hg Capital and Bain — and as a partner she will be focusing on expanding the portfolio in another equally significant direction: by focusing on startups building tools for financial, physical and mental health and productivity. Felix already has a very decent foothold in this department, with investments in Peloton, Unmind, Peanut and Peppy among the startups that are already developing the wider health theme.

“Since first joining Felix almost three years ago, it was clear I was joining a unique team that is both highly collaborative and ambitious, with a distinctive and inspiring vision and mission,” she said in a statement. “I have loved every minute of working with our own team, our founders and helping deepen our conviction and investments into newer areas such as consumer fintech and digital health. I am grateful for the development and trust in me, and am excited to continue helping to build Felix into a distinctive partner of choice for the best founders.”